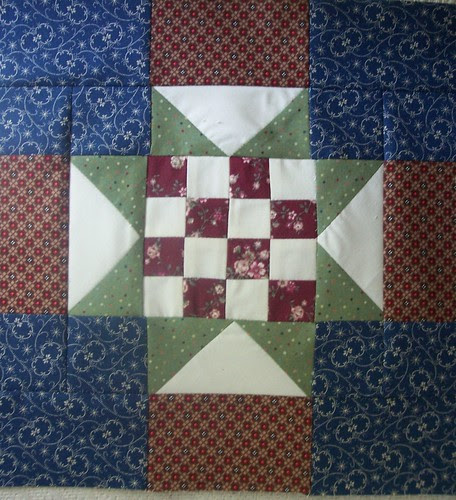 Today I took an hour to sew and finally caught up on my blocks for my two quilting bees. This block is for Diane who is making a quilt for her 100+ year old house. I had something else in mind, but the triangles were giving me such a hard time that I had to modify the orginial design. This one is for Jenn. She asked for rectangles and squares. (I don't know why this is so blurry. I guess I was in a hurry!) 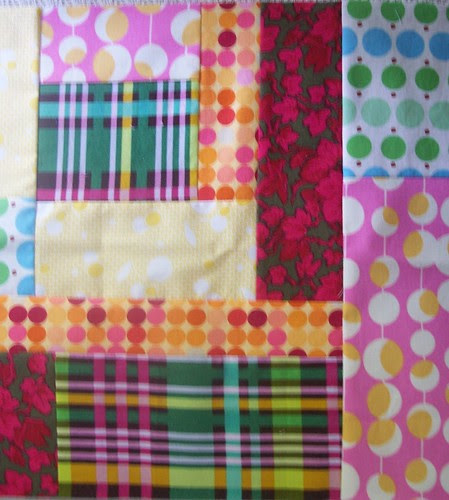 Finally, this is for Michelle who is making a sampler quilt. 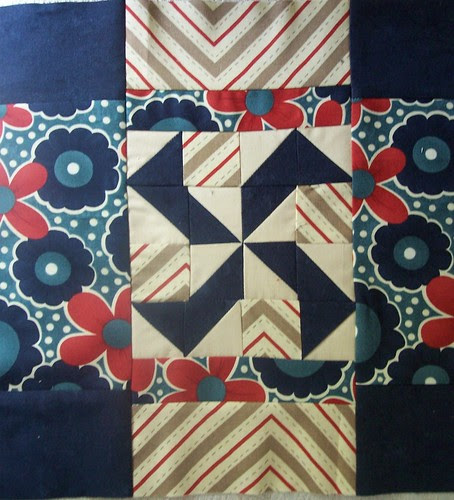 I was originally going to make a block called Martha Washington, but realized I didn't have enough solid, so I modified that one as well. To see the other blocks being completed by the groups, you can check the respective flickr groups.

Now I'm back to studying for a little bit before Isaiah gets home. I already have a test on Friday!!
Posted by Katie Jean at 2:58 PM

Yay! They all look great - especially mine, lol! :-D

Good luck studying - I can't imagine trying to go back to school right now, so kudos!

nice blocks! i love looking at all the "bee" blocks and hope to join one soon!

Clearly you're a quilt master-- look at all of your variety! Love them!

oooh Katie, I LOVE the block you did for me and my house! Yours will be on its way to you soon. Thanks for the gorgeous block!!

beautiful blocks. i can't believe you do all those great triangles. i would pull my hair out!

It looks as though you have been very busy and still able to go to school. Good for you as that is tough.

Nursing will be a great career for you. I loved my nursing career and it certainly comes in handy.