I hope you all had a wonderful Christmas, for those that celebrate. We had a really great time. Our family was able to go over to the hospital to visit John and attend mass there. Although John was tired, he is starting to feel better and his blood counts are starting to rise. This might be a sign that the new cells are starting to engraft, which is a huge deal. I couldn't have asked for a better Christmas present. We just hope things continue to go well and that John steers clear of any infections. He is still at a high risk for infection since his counts are still low. Anyway, we are all very excited. So, I picked two winners via the random number generator, and they are:

kelly jo said... Leftovers are the best!! I'd love the home decor fabrics!

Wishing you the peace of the holiday season. Wow, all you have going on and a give-away!
Your scraps (either kind) would work into my sewing plans.
Thanks for the opportunity.

lades, please send me your addresses to katiebhandbags AT gmail DOT com and they'll be on their way to you. thanks for playing everyone!
Posted by Katie Jean at 11:00 AM 4 comments:

Because cleaning my dining room led to this: 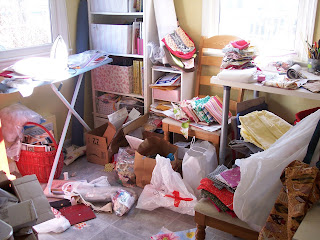 I'm giving away this, a flat rate box of home decor weight fabric 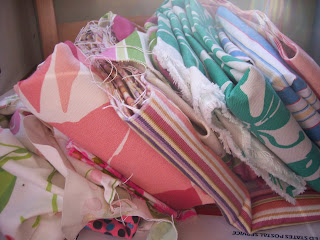 and a flat rate envelope full of scraps 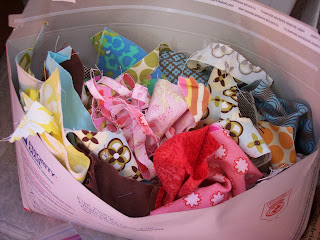 just leave a comment to be entered. You can leave your preference for which you'd like to receive, or just say "both." I'll pick two winners on Friday.


Hope you're all having fun preparing for Christmas. Things are a little chaotic here. Isaiah is sick, which means I haven't been able to visit John in a few days. And John is at his lowest point right now, at the most risk for infection. Perfect timing, right? God must really have a sense of humor. Anyway, I'm hoping to visit John today and I think Isaiah is getting better. Hopefully there will be some cookie making later. That just might be what the doctor ordered.
Posted by Katie Jean at 1:10 PM 63 comments: 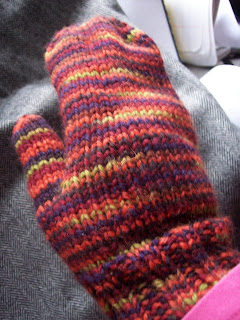 Today is a big day! John is receiving his bone marrow transplant. We are very excited for this moment, even though there will still be a lot of waiting to see what happens. I am hopeful and am so grateful for all the prayers and support we have been receiving. We have such amazing families and friends who have helped beyond ways that I could have even asked for. And then there are you guys. People who I don't even know in "real life" that have sent cards, little gifts, special projects, thoughts and prayers. You are really wonderful and I just can't thank you enough. When I started blogging I never thought that I'd become part of such a supportive community. It's really, really special. 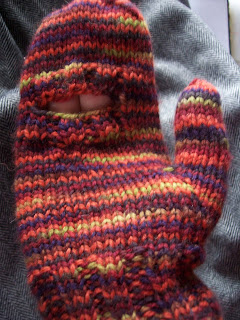 So, while I'm waiting with John today, I'll finish up the other mitten for a Christmas gift. I think I'm probably really crazy for thinking I can still make gifts by Christmas. This mitten is the Peek-a-boo pattern on Ravelry. It's really quick and easy, and I just love it! I might have to knit some for myself. I'm sure some of you crazies (that's right, crazies) are still making gifts. Any of you have some really quick and nice gift ideas to make? Knitting or sewing would be great. 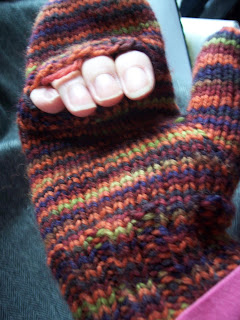 Oh, and I just wanted to pass along John's address, just in case anyone wanted to send him a letter or card. He's pretty bored, so he might enjoy the "company" ;) And as always, you can read his updates on his blog. 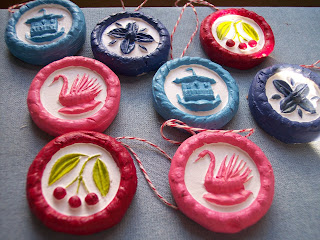 Here I am, once again, playing catch up. Things have been crazy busy around here. I'm sure you're all feeling the holiday crunch too. I just managed to finish up my ornaments for the Ornament Swap. I am a little late, but I'm hoping the recipients still receive them before Christmas! I found this project in the latest issue of Martha. Lucky for me, my mother in law has a small collection of springerle molds, so I didn't have to spend an arm and a leg to buy them. The directions call for paperclay, but Target had crayola air dry clay, so that's what I used. I think it worked pretty well. Only time will tell though, I guess. 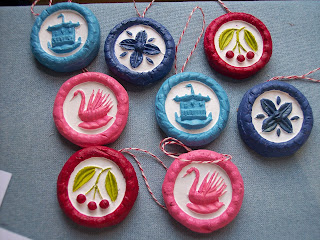 I've also been busy with my etsy shop and a craft fair this past weekend. It really seems as though this is the only time of year that I am consistently busy. So my sewing machine has been seeing a lot of action, but between finishing the items and going to the post office, I always forget to take pictures. I've also reduce my scarves from $29 to $25 until Christmas. I have a lot in stock, so I'm really hoping to reduce my inventory. I just don't have the space to store them!

And now a little update on John! He's started his chemotherapy that they administer before the bone marrow transplant to lower the immune system. He's been in the hospital for about 3 days now and has many more days to come. Isaiah and I went to visit him yesterday and we played some games. Isaiah wasn't scared at all (in fact, he was very curious about everything) and was really happy to see John. Hopefully the time will pass quickly. My mom is here visiting for a week and that is certainly helping. John has been able to keep up with his blog. Thanks for all that have been sending well wishes our way. We really appreciate them!
Posted by Katie Jean at 1:58 PM 7 comments:

Well, hello there. I didn't mean to take that little break, but you know, things happen. We had a fun holiday, despite the fact that almost every person caught the nasty little virus going around, including yours truly. When we weren't sick, we were busy playing Rockband on Playstation, which was seriously fun. This is one of my favorite shots of John and his sister. 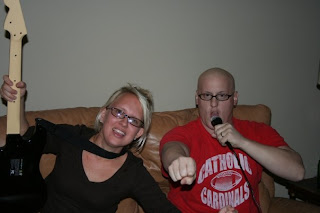 Hilarious. I don't dare show the picture of myself here, for fear you guys might stop reading ;) Although if you're my friend on facebook, you might be able to catch a glimpse of it.

I also finished up the doll dress for my niece just in the nick of time. I didn't get a picture of it actually on the dress, but it's still very, very cute. She seemed to like it. 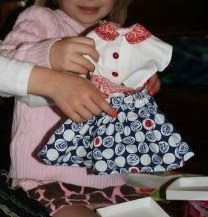 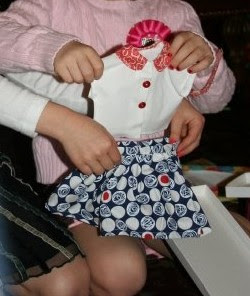 We've also been busy preparing for John's upcoming bone marrow transplant, which is where honestly all my energy has been the last few days. Between yesterday and today, we're heard some bad and relatively good news. Basically John's tumor is becoming resistant to the chemo, which is obviously not an ideal situation. The good news is that he is still a candidate for a bone marrow transplant. So, as you can imagine, we've been feeling a little up and down the past few days. I just remind myself that things could be worse and at least there are options for his treatments. John has described the situation in a little more detail on his blog.

Lastly, if you're in the MD, D.C., VA area, I'll be doing a craft fair at Washington & Lee High School in Virginia. I'll be participating with other members from CREST, the D.C. area Etsy team. Be sure to stop by if you come!
Posted by Katie Jean at 6:59 PM 5 comments: